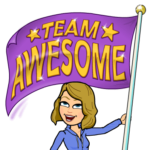 Southern Zone Coaches Are:
Tough, but fun
Strict, but fair
Instill a deep love for the game
Always remember it IS a GAME!
Strong women role models for our players

Clare was born and raised in Setauket, NY, (Long Island), where lacrosse is king (or should that be queen?)! She was around lacrosse and played it throughout her childhood, notably at Ward Melville High School, a perennial state champion in lacrosse. She’ll be the first to tell you that she played with a wooden stick, when the only lines on the field were the goal circle and the draw circle, and girls wore no protective equipment…she’s an old-timer in the game!

Clare moved to Atlanta in 1987, and was a little dismayed (but not surprised!) that there was no lacrosse here! She started coaching small instructional clinics in the Johns Creek area in 2006 and 2007, when the game was still in its infancy here. In 2008, after seeing that there were very few coaches in the area who understood and had played lacrosse, she signed up to coach her daughter’s U11 team at Newtown Park. That started a chain of coaching and lacrosse administrator roles. Clare started up the Johns Creek Jr. Gladiator program in 2009, where she remained as head coach and administrator for 5 years. Concurrently, she got the Georgia Outlaw middle school program started in the summer of 2012, coached the Johns Creek High School Varsity team in 2013, and started up the LB3 Atlanta Girls Lacrosse program with Karen Healy-Silcott in the fall of 2012. She remained with that program as coach and Administrative Director for Atlanta until August of 2015, when she started up Southern Zone Lacrosse.

Clare and her husband Dave live in Alpharetta, and have two kids, Roman and Ana. Both have played lacrosse since their childhood.  Ana is in her fifth year playing Division 1 lacrosse at Presbyterian College in South Carolina. Roman graduated college in May 2021, after playing lacrosse for four years at the perennial D2 powerhouse, Adelphi University on Long Island. He currently works in New York City, and is staying involved in the game, playing in leagues and coaching youth lacrosse on Long Island.

Clare’s passion is teaching this great game, and instilling the love of lacrosse in the girls she coaches. 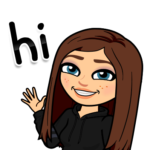 Coach Nee is originally from Lancaster, Pennsylvania. She graduated from University of Connecticut in May of 2016 after starting all four years in goal for the Huskies. She was named an IWLCA All-American, made the IWLCA All-Northeast Region First Team four consecutive seasons and won Big East Goalkeeper of the Year two times.

Coach Nee is entering her first season at Columbia University in New York, after five years as assistant coach at Kennesaw State University. 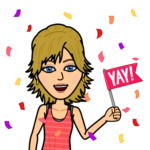 Tracy Morgan, a native of Upstate NY, has been coaching the components of improved sports performance for more than 20 years. Best known as a speed and agility coach, Tracy began her coaching career at college programs that include San Diego State University, University of California San Diego and the University of Washington before moving on to help launch the IMG Academy. Since starting her own business in 2001, Tracy has helped hundreds of Professional, Collegiate and developing athletes in the Atlanta area improve their on-field performance in lacrosse, tennis and football.

In addition to training athletes in the area of speed and agility, Tracy currently serves as Varsity Lacrosse Coach at Fellowship Christian School.

Tracy’s love for lacrosse and all of its footwork and speed components, came several years ago when her daughters Morgan and Kacy, then 5 and 8 years old, picked up their first stick. Tracy is excited to coach Team 2024 and Team 2027 for SoZo this fall! 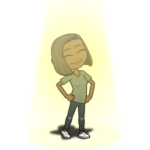 Taylor Johnson graduated from Presbyterian College in May  2018, where she doubled as a defender and draw specialist for their Division 1 women’s lacrosse team. She is originally from Kennesaw, Ga and graduated from North Cobb High School in 2014. Taylor was a competitive figure skater for 14 years and picked up lacrosse her freshman year of high school as a means of getting to college. From the first time she picked up a stick she was in love. Taylor lettered all 4 years of high school, and was captain her junior and senior seasons. She was the first, and remains the only, lacrosse player from either men’s or women’s program to sign to a D1 school and holds the records for most goals scored in a single game-10 and most career goals-158. Taylor ended her collegiate career with 106 draw controls ranking second all-time in the PC women’s lacrosse record book.

Taylor comes from a very competitive sport oriented family with both of her parents, and brothers having played sports in college. Taylor has been with SoZo since Summer 2016, and she’s excited to continue coaching and encouraging young athletes to be the best they can be, in whatever they choose to do! 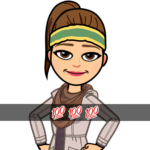 Taylor is from Annapolis, MD and played DI lacrosse at the University of Colorado Boulder and UMBC. She has experience coaching many levels ranging from elementary age to college. In 2018 after graduating, she coached at San Diego State University. She is excited to work with SoZo! 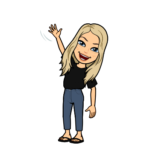 Mary is from Rochester, NY and played lacrosse, soccer, and basketball in high school. She played lacrosse for four years at St. John Fisher College where she was a four-time All-Conference honoree and First Team All-Region honoree. While at Fisher, Mary started in every game throughout the four years as a player while the team won Conference titles and made NCAA tournament appearances in each year during her career. She has coached at a variety of levels, most recently at her alma mater, serving as the Assistant Coach at St. John Fisher, helping the team achieve program history by making their NCAA DIII Final Four debut in the 2021 Season. Mary recently moved to Atlanta and is excited to be a part of the SoZo team! 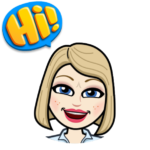 Katie and her husband moved to Atlanta in 1997 and started their family shortly thereafter. Her two young daughters drew Katie back to the game of lacrosse where she found herself coaching her oldest daughter’s youth team in 2009.

Katie’s love of sharing the game and belief in the value of athletics and team sports for young women has kept her involved in middle school and high school lacrosse as a coach and administrator for the last 11 years. Katie has spent her time in the Northview and Pinecrest Academy lacrosse “systems” where her daughters have played.

Katie lives in Suwanee with her husband, Kevin, daughter Maggie, a graduate of  UNC @ Chapel Hill and Casey, a freshman at Notre Dame.

She is thrilled to be a part of the SoZo team and is looking forward to a strong fall season!

Jenna graduated from Coastal Carolina University where she played Division I lacrosse for four years. She played  goalie for the Chanticleers. Jenna helped build the program for the Chanticleers joining the team after its first inaugural season. She graduated from Coastal Carolina with her Bachelor’s degree in Communication with a minor in Public Health and is now working in pharmaceutical sales.

She grew up in Lansdale, Pennsylvania and graduated from North Penn High School where she earned first team All American her senior year with a 70% save percentage.

Jenna has been coaching for Roswell Youth Lacrosse Association and is currently assistant coach for Roswell High School’s varsity lacrosse team. She’s excited for another season with SoZo, and looks forward to sharing her knowledge with our 2025 players! 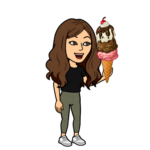 Megan graduated from Tufts University in 2019 where she played lacrosse for 4 years. She played midfield and defense for the Jumbos and helped them to the NCAA Division 3 Final Four in 2019. Megan is from Roswell, GA and attended Roswell High School. She was an Academic All American as well as All American Honorable Mention. In her senior year, she was a captain of both the basketball and lacrosse teams. At Tufts, she majored in mechanical engineering and is now working for an engineering firm in Norcross. In her free time, she enjoys traveling and spending time outside. This is Megan’s second season with SoZo and she is excited to coach Team 2026! 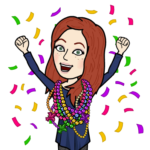 Haley Harris is a recent graduate from Radford University, where she played attack for their Division I program.  She is from Alpharetta, GA and attended Chattahoochee High School.  Haley was a 4-year varsity player and a senior captain while at Chattahoochee.  Haley also played for the LB3 National Team while in high school.  She has played the game for 13 years! Outside of lacrosse, Haley will be starting a job at UPS this summer in their Procurement department.  Haley graduated with a Bachelor’s degree in Finance and a minor in Economics. Haley spent her last few years of high school coaching for Chattahoochee’s Jr. Cougar program and has coached for SoZo since Summer 2016!  She is extremely excited to work with her returning players, and to meet the new ones!

Megan grew up in Pittsburgh, PA and moved to Georgia during high school. She first learned the game of lacrosse during summers spent in Upstate NY (Geneva & Rochester). Throughout her youth, she competed in equestrian, volleyball, and cross country. One sport stuck in her heart above all else: lacrosse. When she moved to Georgia, she worked with her school’s athletic director to create the first girl’s lacrosse team at Peachtree Ridge HS!

Megan graduated from the University of Georgia with a Bachelors degree in Psychology. She attended graduate school at Georgia State University where she earned an Educational Specialist degree in School Psychology. Megan works in Fulton County Schools and coaches at Roswell HS. She has been coaching with Roswell Youth Lacrosse for 4 years and has worked with all age levels! Megan is excited for her first season with SoZo, coaching Team 2028/29!